Despite the unruly elements visiting Ceredigion shores last weekend, the 2017 Aberystwyth Carnival celebrated the revelry of a good old fashioned community festival. From Punch & Judy shows on the beach to live music all the way through till midnight, the now established annual event managed to prove its worth by continuing to flourish despite the less-than-trustworthy weather.

Aberystwyth town carnival is one of several held during the summer holidays in and around Ceredigion, and hosted a variety of food stalls, local businesses, live music, fairground rides, and public competitions. One crucial aspect not up to anticipated standards, however, was every carnival’s mainstay attraction – the float parade.

Local groups are offered an open invite to create and enter their own floats based on the theme for the year’s event. 2017 was the year of Peace, Love, and Harmony, and although there were some fantastic entries from the likes of the Penparcau Community Forum, amongst others, as well as dozens of the crowds that descended upon Aberystwyth’s South promenade that can be credited with some inventive fancy dress, it was the number of float entries that was rather lacking.

That didn’t dampen the spirits of those who attended, however. Sean Hicks and Lazlo Xavia – who together make up the wittily named band Better Than Nothing – led the parade with a pair of acoustic guitars.  A last-minute announcement, theirs was a style not tried before, but one that went down well.

“We were asked to lead the parade around town which is normally done by a band so we were quite honoured to be asked to do something so big,” Sean told RB FM “It was interesting experiencing the parade from the view of those who normally are on floats. As we were on foot we were really close to the pedestrians so it felt rather intimate despite being in the middle of the road. Overall it was a really fun experience and an honour. The Carnival was just a great day out as always and we very much look forward to next year!”

As well as the float, the carnival hosted a variety of local food stalls, a bar tent, tombola, a fun fair and inflatables, as well as stage for live music and the presentations for an assortment of different categories, including best mascot and most glamourous granny.

Hundreds of people attended the carnival, including Ceredigion MP Ben Lake. He offered his reflection on the day.

“Aberystwyth Carnival had something for all ages, and it was great to see the community enjoying the range of activities on offer together. All those who were involved with its organisation should be congratulated for arranging such a great event.”

The whole town was involved in stoking up a carnival atmosphere, with window displays from ten different local businesses. Alexanders Estate Agency on Terrace Road took over their giant floor to ceiling window with their own window display. They also sponsored  the ‘Bonnie Baby’ competition.

Saturday also saw the local Aberystwyth branch of the RNLI host an Open Day for the public; an ideal partnership alongside the carnival as the two occupy the same space along the South promenade. Paul McCann is a volunteer at the Aberystwyth RNLI and acts as their press officer. He spoke to RB FM about the success of their Open Day.

“Our Open Day consisted of an opportunity for people to look around the boathouse and see the equipment and meet the crew to find out more about what the volunteers get up to. Both boats and the tractor are available for anyone to get into and have a photo taken and find out about the kit they contain.  We also had a BBQ, a tea and cakes stall, a sand pit with toy diggers, a treasure island game and a large pool with a remote control lifeboat people could launch down its slipway and control around the pool.  Upstairs the lifeboat gift shop was open and there were a number of model lifeboats on display as well as a DVD showing some of the work we carried out in the last year.

“The lifeboat day was a success. The aim is to allow the people of the town to get closer to what is essentially their lifeboat. A lot of people support us, so we use the open day as a way of saying thank you to the community and raising our profile. Hopefully at the same time helping to educate people on the dangers of the sea and what to do in an emergency.  We have been holding an open day on this weekend for a long time, way before I joined the crew back in 1999, and we have always had a good turnout and support from the people of the town and further afield.  Having it as part of the Carnival was just a natural fit and has probably enticed more people who wouldn’t normally come down to come and have a look.”

Wendy Morris was part of the hard-working trio of central event organisers that put the event together, alongside Nicki and Paul Tedaldi. Speaking to RB FM during the carnival, Wendy expressed how delighted she was with how the event had all worked out. It was particularly challenging for the organisers this year. If it wasn’t difficult enough there being only three of them, Wendy was doing her part from the other side of the world in Australia, where she is taking a year out from her life in Aberystwyth to travel.

“It took a lot of emails!” Wendy explained, speaking on Aberystwyth radio RB FM on the Friday before the event. “We have a fantastic team of dedicated volunteers that help us out in all weather. We are always lucky with the weather. Every year, the night before pours with rain, and then the Saturday is great.”

Wendy is hoping the number of float entries will increase at next year’s event. Commenting at the carnival, she praised the work and effort that had gone into those who entered, but said that she and the rest of the team wanted to see some more entries for next year. Speaking after the carnival, she thanked everyone for their time, effort and contribution to the day, and reminded everyone of next year’s theme: Disney.

Francis, from Aberystwyth, who attended the carnival during the day and into the evening, enjoyed the atmosphere. “The vibe was great. You could tell the theme of Peace, Love, and Harmony was clearly in the air. It was good to see so many families out despite the weather. I loved seeing local vendors out. I’m a big fan of Mama Singhs, and we said hello. I ate at Mama Feys’ stall as well. It was so nice to sit out with a glass whilst the sun set listening to a variety of local music and the wonderful view off South beach. I can’t wait for next year, I’ve already made loads of plans for the Disney theme!”

A variety of bands took to the stage throughout the afternoon and into the night. They ranged from Brenig’s soothing local folk to Stix’s energetic rock classic covers and Gunpowder Factory’s rhythm and blues, as well as sets from local favourites the Hicksters. Crowds stayed behind after the carnival to party late into the night in front of the music stage right at the end of the south promenade.

Mansel Davies, who fronted his band Mystery Room, played in the evening. He spoke to RB FM about the experience.

“The Mystery Room were formed back in the mid-80s in Aberystwyth. A 3 piece rhythm’n’blues band consisting of Gwyn Griffiths (drums), Paul Stovell (guitar and vocals), and myself, Mansel Davies (bass and vocals). Since then we’ve moved around a bit and nowadays we spread from Aberystwyth to Usk (Monmouthshire) to Reading (Berks) so keeping the band alive is no mean feat. It’s our 31st year and we were so glad to be invited to take part in the Aber Carnival Gig. We pride ourselves on bringing energy and ‘hwyl’ to any performance and always hope this will transfer to the audience. I think we managed it again on Saturday. The 40 minutes just flew by. It’s always a buzz to play on a big stage with great PA and lights. Playing in front of a home audience just made it all the more special. Thank you to Aber Carnival for having us. In the words of Arnold Schwarzenegger….WE’LL BE BACK!”

The carnival will be back next July with Disney as its theme. The organisers and volunteers will have just enough time to recover before the madness starts again. 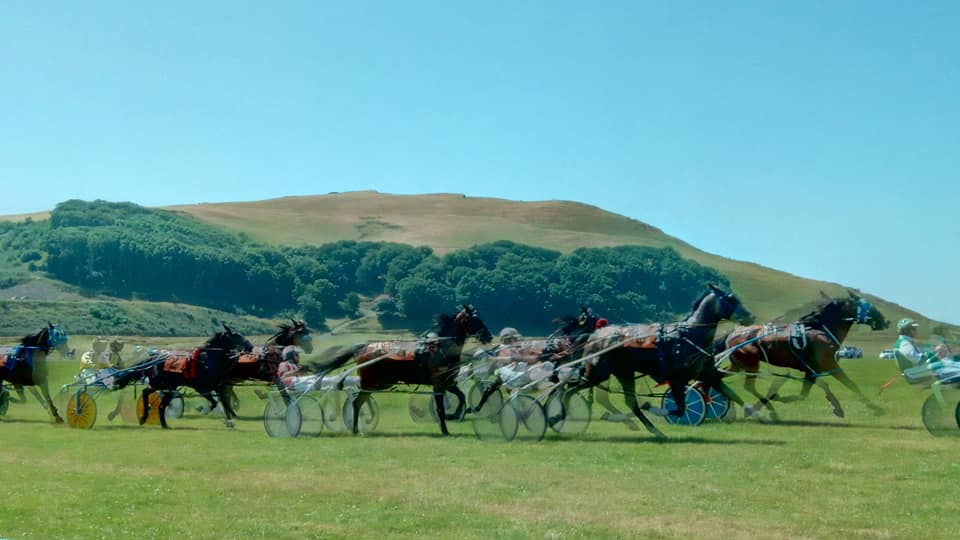 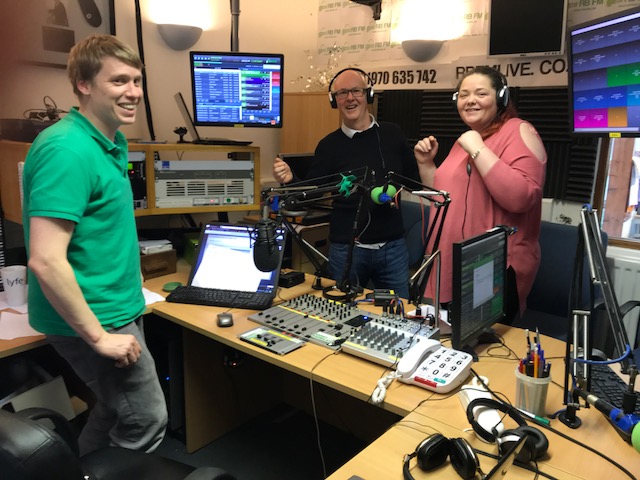